Registration of a Ship under the Cyprus Flag 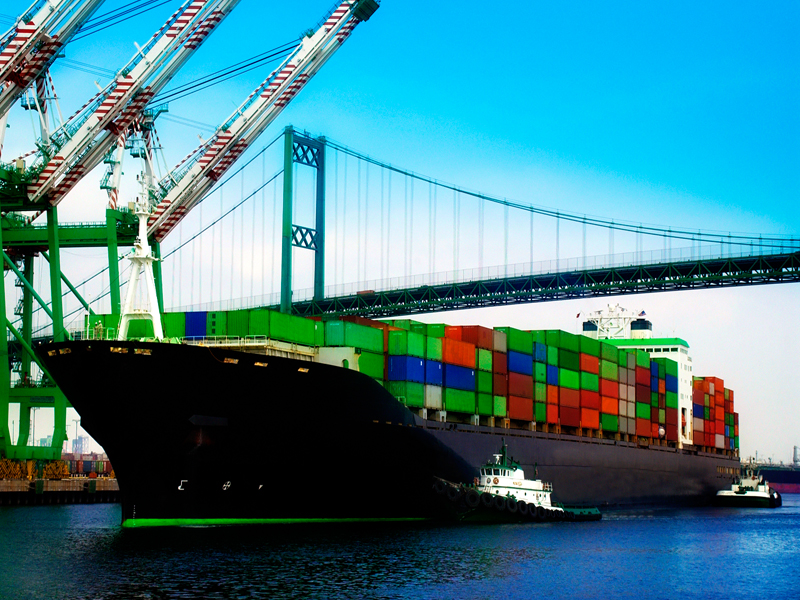 REGISTRATION OF A CYPRUS SHIP

The appropriate authority for the registration of a Cyprus ship is the Department of Merchant Shipping.

The International ships’ Registry of the Republic of Cyprus was created since Independence day in 1960 with great success since 1961 because of the policies adopted and the continuing attention of its Maritime Administration in keeping a balance between competitive requirements and quality standards.

Foreigners (persons or Companies) were always allowed to register a Company in Cyprus that would become the Owner of a ship under Cyprus Flag.

The Cyprus flag is today extensively used by Greek, Scandinavian & German interests and big Management Companies and the aim of the Shipping Administration is to provide the incentives and facilities required to make the island a real International operation center along with increasing the volume of Ships Registered under the Cyprus Flag.

A vessel may only be registered in the Register of Cyprus Ships if:

A) More than fifty percent (50%) of the shares of the ship are owned:

• by Cypriot citizens or

• by citizens of other Member States of the European Union or other contracting party to the
European Economic Area Agreement, who in the instance of not being permanent residents of the
Republic will have appointed an authorized representative in the Republic of Cyprus, or

B) The total (100%) of the shares of the ship are owned by one or more corporations, which have been established and operate:

• in accordance with the laws of the Republic of Cyprus and have their registered office in the Republic, or

• in accordance with the laws of any other Member State and have their registered office, central administration or principal place of business within the European Economic Area and which will have either appointed an authorized representative in Cyprus or the management of the ship is entrusted in full to a Cypriot or a Community ship management company having its place of business in Cyprus, or

The application for registration of a ship under the Cyprus flag must be made by a local lawyer to the Minister of Communications and Works through the Registrar of Cyprus Ships.

The registration procedure is fairly quick provided all required documents are in order.

A provisional registration can remain in force for up to nine months (including a three month extension), which allows owners to complete the administrative formalities for permanent registration.

The application, which is addressed to the Minister of Communications and Works through the Registrar of Ships, must be supported by particulars of the Ship and her owners, documented, including the appropriate Radio Traffic Accounting Authority confirmation that the vessel is covered by an internationally recognized Accounting Authority and a Ship’s Classification Society, approved by the Government of Cyprus.

Permanent Registration of a provisionally registered vessel must be completed within nine months (including the three months extension). It is not necessary for the ship to be present in a Cyprus port at the time of permanent registration.

Parallel registration of ships was introduced by Law 57 of 1986, by which foreign ships bareboat chartered to Cyprus companies may be registered under the Cyprus flag for the period of the charter, provided that the legislation of the foreign flag state permits it and the owners and the mortgagees give their consent.

During the parallel registration of Foreign ships in the Cyprus Registry the ship flies the Cyprus flag and she is not permitted to fly the flag of the country of her foreign registry.

Transfer of ownership of the ship under parallel registration is subject to the laws of the country of the foreign registry.

A foreign ship in parallel registration under Cyprus flag, is liable to the same tonnage tax and fees as those payable by Cyprus ships.

The option for Cyprus ships to be registered in parallel out in a foreign registry was introduced by Law 64 of 1987. The conditions which must be satisfied for such registration are analogous to those for the parallel registration of foreign ships in Cyprus.

The transfer of ownership, the execution or any existing mortgages continue to exist and encumber the ship under the Laws and regulations without being affected by the fact of the parallel registration of the ship on a foreign register, and no transaction in the foreign registry which is affecting the ownership or registration of a mortgage or other encumbrances on the Cyprus ship is permitted.

Both ships and mortgages on ships may be easily deleted from the register upon submission of the required application and documents and the payment of any outstanding obligations to the Cyprus Authorities. No fees are payable for deletion. In cases of contravention of the shipping law or any of the regulations thereof, a ship may be struck off the register, (but not as regards registered un-discharged mortgages), by virtue of special powers vested in the Minister of Communications and Works.

Cyprus registered companies, owning and operating ships under the Cyprus flag, are given full exemption from income tax and special contribution, on income derived from operating such ships between Cyprus and ports abroad or between ports abroad.

Under the same tax provisions, similar tax exemptions are granted to the captain, officers and crew of a Cyprus ship in respect of emoluments earned for services rendered to such shipping companies.

There is no additional tax liability on dividends paid to the shareholders or members of a company owning a Cyprus ship.

Shipping companies with offshore status are afforded the same advantages and exemptions as relating to other offshore business.

• There is no estate duty on the inheritance of shares in a shipping company.

• There are no stamp fees on the Mortgage Deed or other Security documents.

On the basis of reciprocity, no foreign ship calling at a Cyprus port is required to pay any tax in respect of profits made for cargo or passengers embarking in Cyprus, as would normally have been the case. On the same basis of reciprocity, if a Cyprus shipping company has its central management and control in Cyprus, it may avail itself of the above provision of the Law in order to claim at foreign ports the same tax exemption when the law of the other country, as is often the case, has similar provisions.

Substantial benefits may be derived by shipping companies by the use of Cyprus double tax treaties, provided that the company is managed and controlled in Cyprus.

Foreign crew members on a ship under Cyprus flag are not liable to tax in Cyprus.

A Cyprus Shipping Company pays taxes in Cyprus at the rate of 10% like any other Cypriot Company, except for

• Income from ship-owning activities (i.e. charter hire, freight etc.), for which it will be taxed at the rate of 0%, and

• Income from ship-management for which it will be taxed at the rate of 4.25%.

There are of course other financial advantages to Cypriot Ship-owning Companies (i.e. the ability to employ foreign crew, the reasonable wages allowed by the collective agreement that is accepted by Trade & Unions etc.) that make it advantageous even now that the Cypriot Flag is considered on matters of safety requirements as strict as any other E.U. Flag.